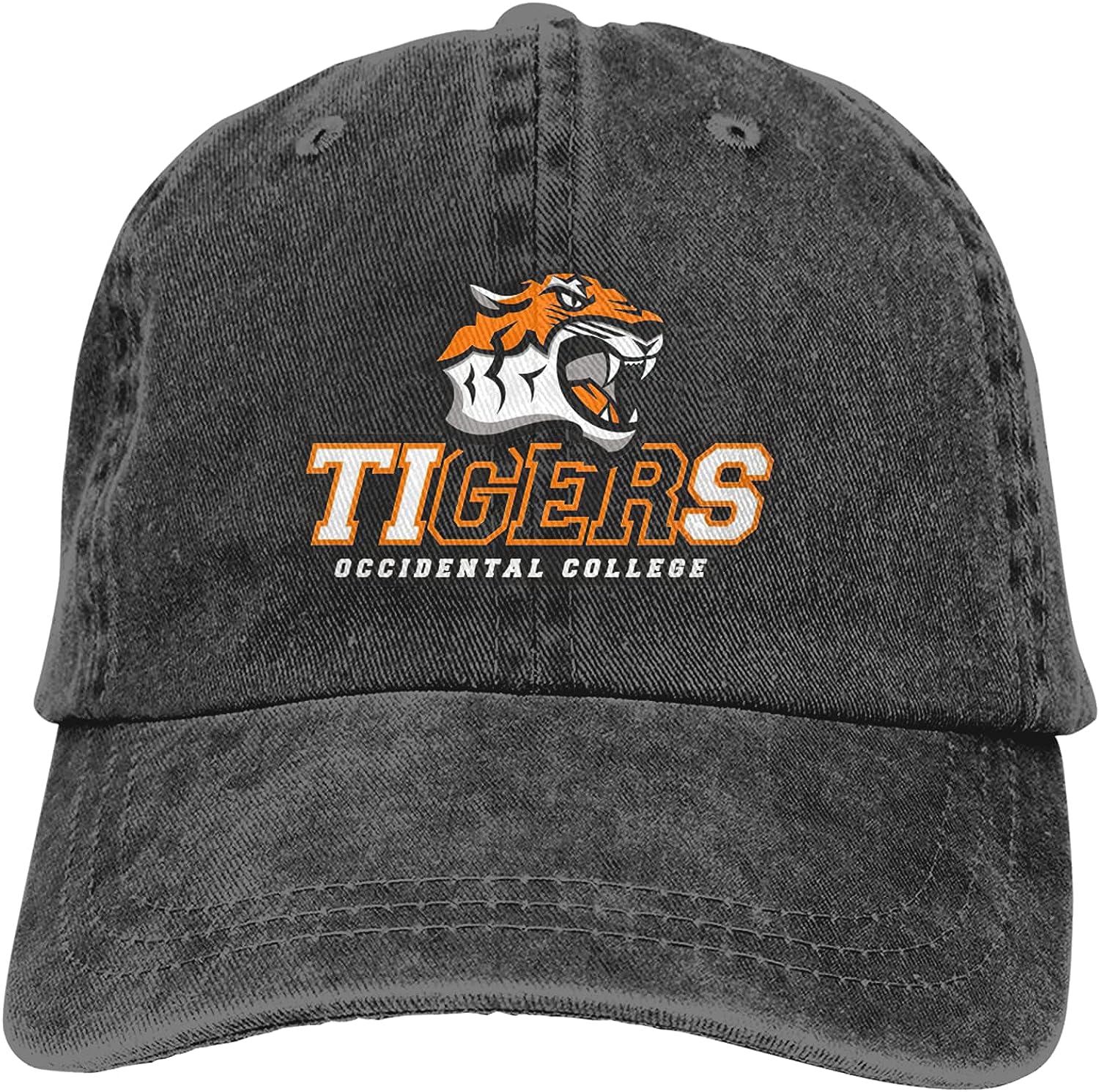 This Comfortable And High-Quality Cowboy Hat Will Quickly Become One Of Your Favorites. The Best Gift Ideas For Your Friends, Family And Yourself. Just Brought It Home.

It Has The Most Classic And Timeless Cowboy Cap Here, Which Will Provide You With A Low-Key Style And Impressive Quality. Our Hat Provide You With Simple Styles, Which You Can Wear On Any Occasion And Under Any Circumstances.

Mom Or Dad, College Boy Or Girl, Or Any Man Or Woman Who Needs A Low-Key, Cowboy-Style Hat, Our Hats Cover You.

Advertise on Colossal with Nectar Ads.

Hunched over with his face hidden in his palms, the weary subject of a sketch recently attributed to Vincent van Gogh (previously) embraces the collective spirit of 2021. The uncannily prescient drawing, titled “Study for ‘Worn Out,'” dates back to 1882 during an early period of the Dutch artist’s life when he spent time in The Hague. A recurring model, the exhausted, elderly man was a resident at the Dutch Reformed Almshouse for Men and Women, a place van Gogh frequented when looking for subjects. “In drawings like these, the artist not only displayed his sympathy for the socially disadvantaged—no way inferior in his eyes to the well-to-do bourgeoisie,” a statement said. “He actively called attention to them, too.”

As its name suggests, the relatable pencil drawing is a preliminary rendering for van Gogh’s recognizable “Worn Out” and is also reminiscent of the lithograph “At Eternity’s Gate.” The piece is a unique find in the artist’s oeuvre considering his stature, and it follows the discovery of a bookmark in June that was hidden for more than a century.

“Study for ‘Worn Out'” is on view at the Van Gogh Museum through January 2, 2022, when it will be returned to the anonymous private collector who brought it to the Amsterdam institution to confirm its authenticity.

Using random objects to build homemade hand drums or maraca-style instruments isn’t new, but the team behind the ongoing Electronicos Fantasticos project takes the idea of repurposing unwanted materials to an imaginative level. Led by Chicago Pneumatic CP876 Pneumatic Straight Die Grinder with Pist (previously), the Japanese musicians have spent the last few years recycling retail scanners and their barcode counterparts into synthesizer-like instruments, capitalizing on the product’s original function to produce rhythmic tracks and samples. Their recent design adds a playful twist to the concept by attaching the plastic devices to miniature skateboards that roll across ramps and down flat surfaces printed with black-and-white stripes. In addition to the musical component that’s similar to scratching an LP, it’s worth watching the group’s performances as they slide and riff on different barcodes, which you can find on Instagram and YouTube.

New Haven, Connecticut-based artist James Lipnickas conjures towering sci-fi structures filled with futuristic labs, clashes with aliens, and massive laser beams shooting from rooftops. Working in graphite, Lipnickas uses heavy shading to shroud his architectural renderings in mystery and unfamiliarity as tentacled creatures crack through the walls and humans become science experiments. “This series really grew out of my interest in advanced technologies integrating with humans and how it shapes us moving forward,” he says.

Amidst the machines and eerie contraptions, the artist interrupts each building with a level containing a garden bed or an illuminated tree grove. “The future holds many unknowns (technology and lifeforms).  We can’t forget the natural world while we move further from it,” he says.

Before the end of the year, Lipnickas will show some of his works at Chicago’s Vertical Gallery and in a few virtual exhibitions with WOW x WOW. You can find more of his drawings, and keep an eye out for an expansion of the series shown here, on his Instagram. (via Jeroen Apers)

With illuminated slivers of the moon in the distance, a photographic series juxtaposes clusters of flowers in saturated reds and pink with expanses of cloudy, blue skies. Created by Sophia Ahamed, the dreamy works center on seasonal blooms at their peak, highlighting the soft, paper-thin petals of spring and the deep oranges associated with fall.

Despite their entirely organic subject matter and focus on naturally occurring colors and textures, each work is designed to skew perceptions of fiction and reality: Ahamed shoots all of the elements separately and then layers them into new compositions, positioning genuine images into fabricated contexts. “We associate colour with how we perceive the world around us, memories, and emotion,” she says, “Often at times, these elements can act as well as a gentle escape into something more soothing.”

Ahamed, who’s also the design director at the Vancouver-based agency Monograph & Co., shares that the Dark Night series originated from grief and loss, a theme that continues to veil the works with melancholy. “Sometimes we forget that the magic we are seeking in our day-to-day lives isn’t waiting for us on a lavish trip. That magic is all around us, all the time. We just have to be willing to pause and take a look around,” she says.

Prints are available on Ahamed’s site, and you can find more from the series on Instagram. (via designboom)

A landmark collaboration between Japanese architect Sou Fujimoto (previously) and Tin Drum, a production studio and technology developer, brings an undulating, reactive installation to the 2021 London Design Festival, but the immersive artwork is only viewable through a headset. Falling at the intersection of architecture and virtual reality, “Medusa” is comprised of monochromatic pillars that appear to suspend from the ceiling in a rippling environment. As viewers move through Raphael Court at the Victoria and Albert Museum where the work is on display, the responsive structure shifts and alters its composition in light and shape.

The work draws inspiration from the dynamic displays of the aurora borealis and underwater bioluminescence, two phenomena that manifest through the animated qualities and shifting patterns of Fujimoto’s curved forms. “This is the first time I am designing architecture with non-physical materials—it’s using light and pure expanse of the space,” he said in a statement. “It’s an architecture experience but completely new and different.”

“Medusa” is on view through September 26.

From small shells and Amazonian beads, Brazilian-Mexican artist Fefe Talavera strings together elaborate masks that fuse ancient mythologies and contemporary urban culture. The mixed-media works are part of an ongoing series—Talavera shares more on her site and Instagram, along with vibrant silhouettes painted in acrylic and her large-scale murals—that embellish expressive faces with stripes, symmetries, and various geometric patterns. Sometimes spanning upwards of ten feet or featuring a long tuft of straw, the masks are an amalgam of color, motif, and material that blur cultural boundaries and the tenuous distinction between humanity and nature.

The São Paulo-based artist tells Colossal that the series “developed when my government opened the doors to cattle ranchers, when forest fires began, putting an end to Indigenous tribes, exotic animals, and trees,” and initial iterations used açaí seeds, shells, and mirrors to explore birth and death through a mystical lens. “When we looked at our reflection in the work, we would be seeing ourselves with respect and love, and it is this look that we should have with the Amazonia,” she says.

Currently, Talavera is working on a larger-scale piece using 20,000 beads, and she has a solo show planned for May 2022 at Paris’s Bandy Bandy Gallery.